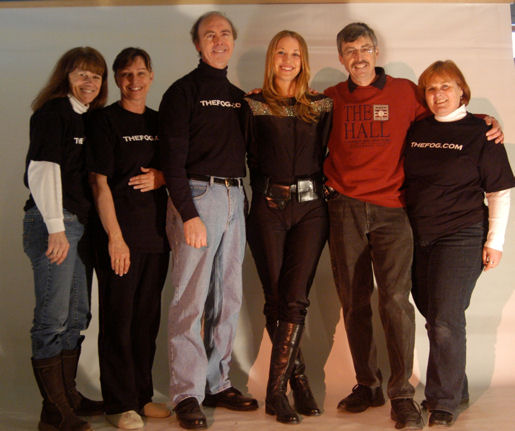 "The F.O.G." has only recently been published and the forum
page is still under construction. Please check back when we
have completed its final design and layout. For now, your thoughts
can be sent to the following email address for future posting.
thefog@thefog.com

“The F.O.G.” explores many interesting and thought provoking questions and world issues. For example: What types of social problems have resulted from the enormous increase and availability of pornographic material in this country? There are currently over 600,000 registered sex offenders in the United States which represents roughly one in every 140 inhabitants. Children and young women are often exploited for monetary gain by unscrupulous individuals bent on one thing and one thing only…making money. Are you one of the millions of daily visitors to porn sites who never question the far-reaching implications of supporting these elements? Human trafficking is skyrocketing as countless unwilling young women are kidnapped and sold into slavery. How do you feel about that?

Organized religion continues to plague this planet. Over the centuries more people have lost their lives because of religious strife than any other issue. In the words of Professor Steven Anderson, the main character in “The F.O.G.”: Religion is a tool used by greedy ambitious men to exploit the masses. How do you feel about organized religion?

Are we a nation addicted to television and what are the consequences?

Rich nations continue to exploit poor nations causing illegal immigration problems on an unprecedented scale to occur in Europe and North America. Human exploitation is rampant. Murphy’s Law states “It is morally wrong to allow suckers to keep their money". Do you ever wonder if you are being exploited upon exiting a casino?

If you have any thoughts regarding any of the fascinating issues raised in the book, send them along. If you wish, email your thoughts to your political leaders using the helpful links below. Remaining a member of the silent majority won’t solve your nation’s ills. There is no greater threat to a thriving, healthy society than apathy and indifference. As “The F.O.G.” dares to ask,